A Powerful Presentation by Larry Glenz 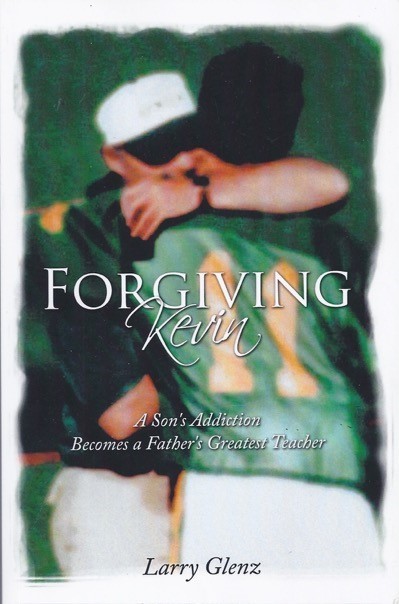 November 13, 2017 By The CASA Youth Club Comments are Off

On Thursday, October 26, Manhasset CASA hosted guest speaker Larry Glenz at the Manhasset High School Auditorium. His presentation was entitled ‘Forgiving Kevin’ and was about losing his son to the opioid epidemic. About 150 students, parents, coaches and other members of the community attended the presentation to listen to Mr. Glenz, a former lacrosse, football and wrestling coach from Lynbrook speak.

Mr. Glenz was a very enthusiastic speaker whose messages resounded well with his audience. Even though he was speaking about a serious topic, he added humor, and always remembered to look on the bright side of things. He told the story exactly as it was, and this honesty made it more relatable for Manhasset residents.

Kevin was an All-American Lacrosse player and Mr. Glenz began the presentation by recalling his memories of playing games at Manhasset. Throughout his high school career, Kevin led his lacrosse team to state championships twice (Glenz emphasized that he beat Manhasset on the way). Kevin was also a running back on the football team, a candidate for prom king and a beloved student. It was the “best of times” for Kevin who attended UMass on a scholarship.

Despite all of these successes, Kevin was a frequent partygoer and his dad later found out he had been using marijuana every day. Addiction runs in the Glenz family, and relatives on both sides are afflicted with alcoholism and other related conditions.

All was well, until signs began to appear that Kevin was struggling. During his junior year at UMass, Kevin began using oxycontin and he started failing his classes, but still pretty good at lacrosse. Glenz and his family and friends decided to send Kevin to rehab, which was initially successful. However, after finishing his final lacrosse season, Kevin drank beer at a party and spiraled down the path all over again. Three months later, Kevin became addicted to heroin.

Consequently, Mr. Glenz began to seek help from groups like LICAT, and Alcoholics Anonymous, meetings for families of addicts. Here he learned that Kevin’s addiction was not something that he could cure or overcome for Kevin, but that Kevin was the only person who could overcome it for himself. As his father, Mr. Glenz could inspire and motivate him at most. They taught him that addiction was a disease that occupied all thoughts and even dreams, and when in that state, nothing good can happen.

For seven years, Kevin cycled between recovery and addiction, and finally after he had been clean for 9 months, his cousin in Iowa took him in. Kevin had a social worker degree, and began working with gambling addicts. It was meaningful work for him and his family was very proud of him. Glenz planned to write an inspiring book about a star athlete who overcomes addiction. In the meantime, his Kevin’s girlfriend gave birth to a baby girl.

Around 4 months later, Kevin starts to struggle again and on a phone call to his dad he says, “Dad you can’t possibly think that I would want to be like this. Believe me, no one would ever choose to be like this.” The next morning, Kevin was sent to the hospital and passed away from an opioid overdose.

Glenz concluded his presentation with a list of lessons he thought the audience could learn from his story. He wants people to know that nobody is excluded from this horrible epidemic and that the best thing you can do for your children is to try your best to help them and let your kid know you love them. Practice understanding and forgiveness and disregard anger and guilt that you may have towards them. He also believes that happiness and strength can be found in higher power and stresses the importance of thinking out your decisions and weighing pros and cons. Glenz hopes to warn young people about the opiate crisis in our communities.

Teens listening to his presentation were able to gain a greater understanding of the red flags and wrong turns of stories like Kevin’s. We need to be more aware of our decisions, and how the things we put into our bodies can affect all aspects of our lives. Nobody is completely immune, and people who have a family history of addiction and substance abuse should especially take caution when dealing with alcohol, drugs, and other substances.